His story began in Timișoara, where he was born into a family with 10 brothers.

He studied violin, and when he was 17 he had the chance to leave for America. An American family was visiting Timișoara, adopting a Romanian child, and teen Cristian was their guide through the city. He invited them to a concert, and they suggested he went to a summer school in America.

So he got to Michigan, USA and began the adventure that would change his life. Instead of enlisting at the summer school, Cristi accidentally filled out a form that enlisted him to a high school. He then recevied a scholarship and, along with his family, decided to remain there.

As a violin player, he was the youngest concertmaster in Miami Symphonic Orchestra’s history. He debuted at Carnegie Hall with that orchestra when he was only 19.

But his greatest wish was to conduct. And his dream came true.

He is currently living in Germany, with his wife and two children, but his trips to Paris will become more and more frequent.

Through rehearsals, concerts and flights, Cristian Măcelaru has agreed to do an interview with Cultura la dubă.

First of all, congratulations! What does it mean to you to be named Music Director of Orchestre National de France?

Personally, it represents validation of the way I view music and an appreciation and of the way I communicate the essence of art through my perspective.

What do you intend to do in your mandate, starting from September 2021?

I intend to create an atmosphere which underlines the artistic identity of this extraordinary ensemble and to support each other’s artistic potential.

What is special about this orchestra?

From the first moments I was attracted to it’s virtuosity and in the same time, the relaxed manner in which they play. And the, I was happy to discover an orchestra that wishes to evolve towards the refinement of it’s sound and a deeper understanding of compositions.

You’ve lived in America for a long time, where you got to work with the most important orchestras. How do you see your life from now on, living in Paris for the most part?

My time will be split mostly between the two cities where I’m a head conductor – Köln and Paris.

Although, I feel at home when ever I’m on the stage. And returning to the European world that has created me, comes at the right time in my life, at the time in which I can state my perspective regarding understanding of the purpose of art each day.

Have your Romanian origins influenced, in any way, your career?

I have been proud of the fact that I’m coming from Romania. And I am very happy meeting Romanians all over the world, appreciated for the level in which they do their work. In the world of music, being Romanian has always made me feel like being part of a big family.

“We wish for a concert hall with adequate acoustics and worthy of one of the most important festivals of the world.”

What is the composition that brings you most joy, when you’re conducting?

I couldn’t say that there’s one in particular, what I can say is that each work has a unique feel to it that transports me into a world of nostalgia with memories associated with those moments, and on the other hand, a world of creating new emotions, new images.

You have conducted, during the George Enescu Festival, The Royal Concertgebouw. There have been, as you might know, talks about the need for a newly built concert hall in Bucharest, especially for The Enescu Festival. How does the acoustic at the Palace Hall seem to you?

I believe that it is important to keep in mind that this hall was not built as a concert hall. Of course, we all wish for a concert hall with adequate acoustics and worthy of one of the most important festivals of the world.

Are you following the events of our country, socially, politically? What is the change that you believe is needed in Romania right now?

Romania needs to come back to the moral and ethical values of a society worthy of out cultural values. We pride ourselves with Enescu, the composer, but maybe we have a lot to learn from Enescu the human being, who was of an admirable integrity. 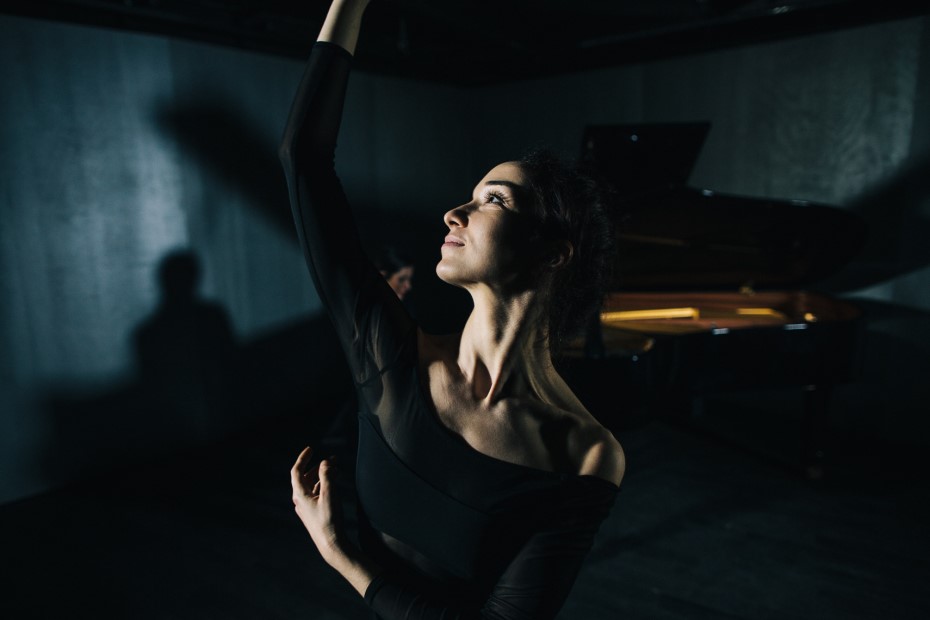 Alexandra Dariescu: “The younger generation is concerned with fame, Instagram, Youtube, but all that matters is the quality of what you do.”

Alexandra Dariescu is one of the most appreciated Romanian artists overseas. Born in Iasi, the pianist has conquered the world with her charming style of…

Citeste in continuareAlexandra Dariescu: “The younger generation is concerned with fame, Instagram, Youtube, but all that matters is the quality of what you do.”